Is a carbon currency feasible?

Dr Delton Chen presents the Global Carbon Reward policy, which involves a new channel of climate mitigation finance, based on a proposed “carbon currency“. The carbon currency is designed to provide scalable debt-free finance for cleaner energy supplies, cleaner business practices, and carbon dioxide removal. The key question for the discussants is to consider whether climate mitigation with a central bank backed currency is feasible. The moderator and the three discussants are experts in international finance, central banking, and decentralised ledger technologies. 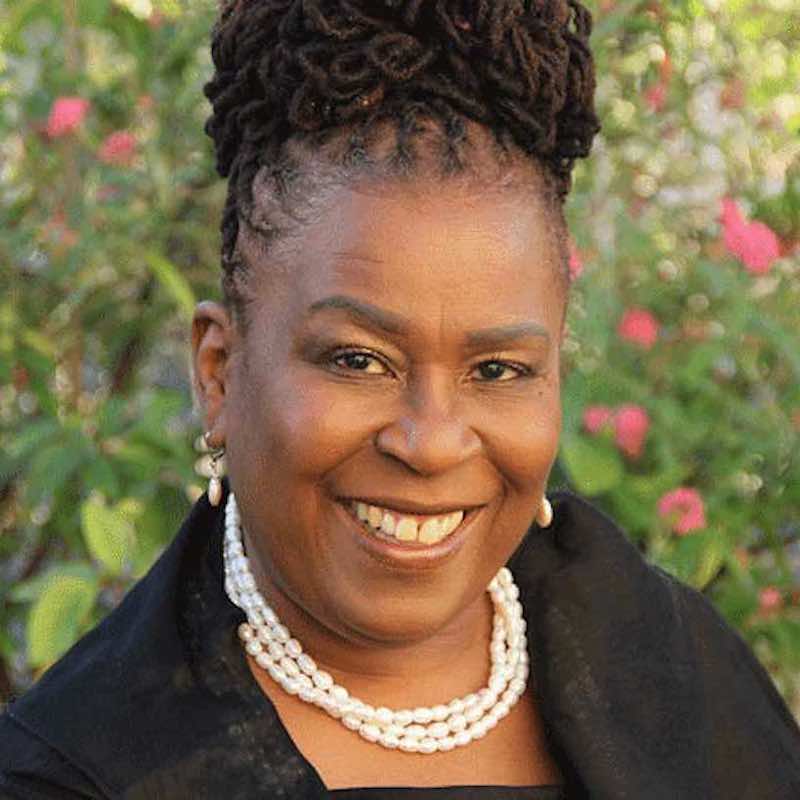 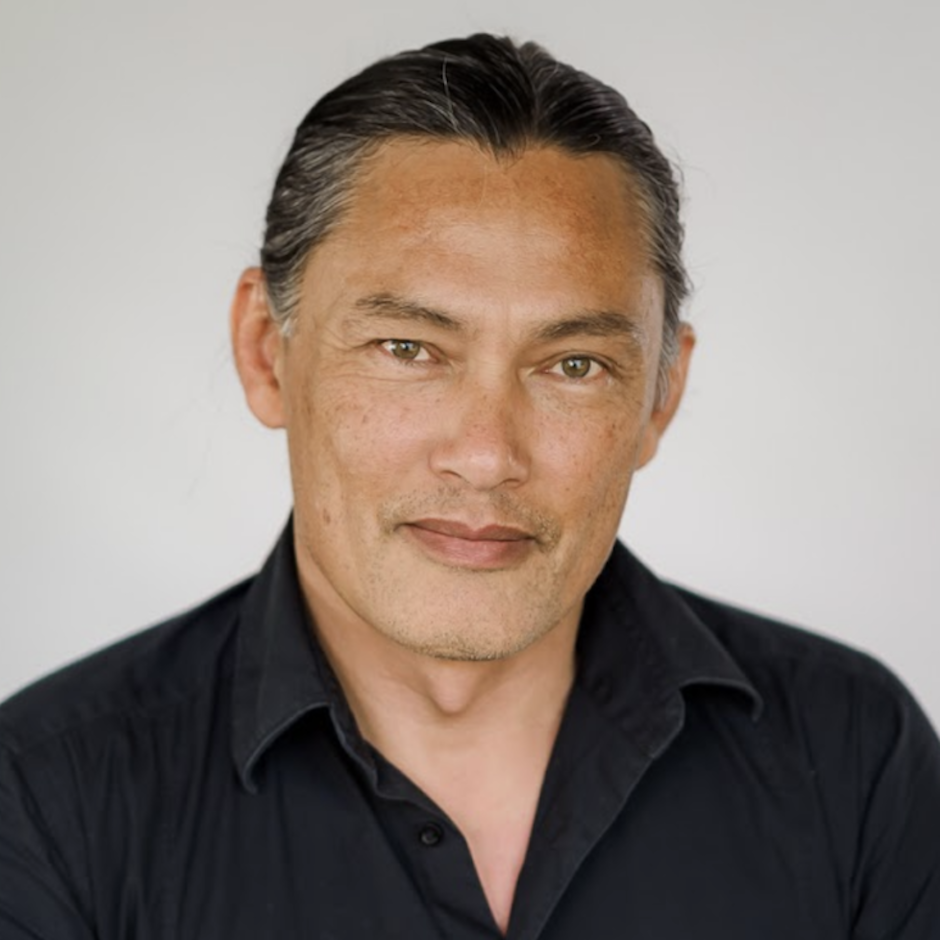 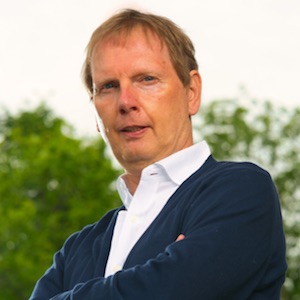 Registered Event
World Environment Day is the UN’s vehicle for encouraging awareness and action for the protection of the environment. 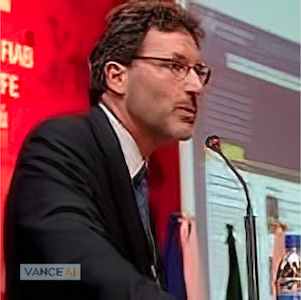 Peter Clifford was Policy Development Group Leader for the Board of Governors of the Federal Reserve System, having worked on banking regulation and supervision, and having served on the FRB Risk Council. Peter has consulted to the The World Bank and was the Chief Operating Officer of the World Federation of Exchanges. Peter has also worked with NYSE Euronext and as a Swaps Broker. 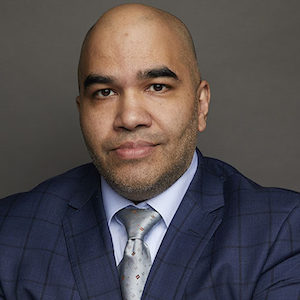 Jamiel Sheikh is founder of Chainhaus, a digital assets advisory focused on DeFi and AI. He has over 20 years of experience having worked for Lehman Brothers, JPMorgan, Bank of America, Sun Microsystems, SONY and Citigroup. Jamiel is an adjunct professor at Columbia Business School, NYU and CUNY teaching graduate-level blockchain, AI and data science. Jamiel runs the CBDC Think Tank and Blockchain NYC. 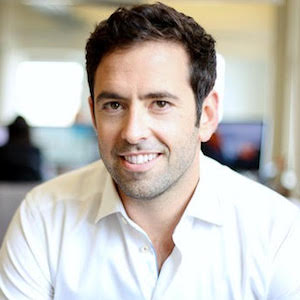 Co-Founder and CEO of Digital Asset

Yuval Rooz is CEO & Co-Founder at Digital Asset. Previously, he served as both the CFO and COO. In this capacity, Yuval hired the majority of the company’s executive leadership, established its global presence, and oversaw its acquisition of four technology startups. Prior to Digital Asset, Yuval held positions at Citadel and at DRW Trading, where he managed an algorithmic trading desk and helped launch DRW Venture Capital.

Ula Chrobakis interviewed Delton Chen on the limitations of carbon taxes, and the benefits of using a dual system of positive and negative financial incentives. She writes about the carbon currency proposal in this Popular Science article. If you’re hungry for more information, see the media articles, previous webinars and academic papers.

The Caribbean Region and Small Island Developing States (SIDS) face severe climate risk in the form of changing rainfall, rising sea levels, and rising hurricane intensity. How can the Caribbean Region and SIDS contribute to solving the climate crisis when their economies are small compared to the world economy? One option is to support a demonstration of the carbon currency. Towards the end of the webinar, the need for demonstration projects is highlighted. A demonstration is proposed based on financing battery-electric ferries. An international demonstration is proposed based on green-hydrogen shipping.

Important Policy Note: The feasibility of green hydrogen to accelerate the clean energy transition is a politically contentious issue. This is also true for certain other technologies, such as carbon capture and storage (CCS) and direct air capture (DAC). The GCR does not subsidise the development of any energy technology. The GCR is a financial reward that will only be paid for tangible climate mitigation benefits, regardless of the type of energy or the technology that is used. In this respect, the GCR is technology agnostic. Energy companies will be required to raise the financial capital that they need to build the new infrastructure. The GCR helps these companies by providing a guaranteed revenue stream that can be used to justify the high cost of the infrastructure that will be needed for a clean energy transition.

The names of the people who asked questions are removed for privacy reasons.

Q1. Is the $5 trillion/year – Is that gross capital needed, or is that net of what the markets and public investment will contribute?

A1. It appears to be additional gross investment in all kinds of energy infrastructure. The original article is here:

Q2.  The measurement & verification requirements seem potentially enormous. What do you see as 1/ the potential scale (infrastructure, headcount, etc) of that endeavour, and 2/ ways to mitigate those demands.?

A2. This question was answered during the webinar, towards the end. The measurement, reporting and verification (MRV) will be undertaken mostly by the private sector through a system of MRV certification for professionals, and job allocation, with payments being made as commissions and fees.

Q3. How do we give credit for reversing existing ecology extraction, & tech edu & access so enough people around the world can have greatest impact of eco services now & over the guaranteed floors?

A3. The Global Carbon Reward policy includes a “reward weighting” system, that is explained here. In short, the reward weightings will include reward adjustments for ecosystem health. When low-carbon projects provide co-benefits for ecosystems their rewards will be weighted higher. This will require a stakeholder group and decentralised stakeholder consensus model for determining the reward adjustments.

Q4. Until the world recognises around a global $50 per tonne price on CO2e, isn’t it going to be very tough to create a carbon currency?

Q5. 1,000 Indigenous groups are 3% – 5% population & protect the remaining 80% of flora & fauna diversity on Earth. May we give them real leadership going forward as stewards of our global commons? M’:)’

A5. The hope and expectation is that the carbon currency, and the reward weightings for community wellbeing and ecological health, will give Indigenous groups much greater autonomy and greater capacity to protect their natural resources.

Q6. Have you thought about sub-national demonstrations in larger jurisdictions such as California?

Q7. Who would take the decision, what activities are eligible for carbon financing? And if these activities are about reducing emissions, how do we avoid the problems of the definition of a baseline against which the emissions are reduced (look at the problems with the CDM or REDD+ in this context). If you start paying the polluter – there is no end to potentially polluting activities, and you would need to pay many to avoid all CO2 pollution.

A7. The GCR policy (i.e. the carbon currency) will provide financial rewards in proportion to the notional mass of carbon that is mitigated through reductions and/or removal. The activities that are eligible are very broad, but depend on actually mitigating based on specific rules that focus on (1) the carbon intensity of energy commodities, (2) the carbon intensity of outgoing cashflow for businesses, and (3) carbon dioxide removal (CDR). CDR is also called negative emissions technologies (NETs). The rule for (1) cleaner energy is explained here and in Webinar No. 2. The details for the other two rules will be released later this year. In all cases, free-riding on the policy will be avoided based on a “duty of care” guideline or provision that requires companies to show that they are committed to fully decarbonising their entire operations.

Q8. From my perspective, the core question is how do we go about getting the question of “Climate QE [Carbon QE]” vs “Green QE” on the table in front of major central banks now. Yes, they are (reluctantly?) talking Green QE now. But…..as Delton has so articulately noted, we need them to start talking Climate QE. How do we get this done?

A8. GCR’s mission is to bring the proposal for Carbon QE to policy makers and financial regulators through demonstrations. Prior to the demonstrations we will produce educational animations that explain how the carbon currency and financial mechanism will work. If people would like to support the GCR, then please help us find the resources to produce the animated videos as a first step.

Q9. Looking at things from the market theory side of things, the demand generated carbon is essentially the other side of the equation and some may argue the driving force behind the carbon thrust. What sort of incentives can the Carbon Currency create for consumers? Maybe through trading it on the block chain or reducing market prices for goods.

A9. The carbon currency will produce primary and secondary financial incentives for consumers. The primary effect is that households (i.e. consumers) can band together to form collectives to earn carbon currency based on the rule for cleaner business. Households can aggregate their consumption using financial technology and earn the reward for reducing their carbon footprint. The secondary effects are that people can buy the carbon currency as an investment (better than Bitcoin?). Finally, people will be invited to micro-invest in climate mitigation projects, such as those being organised by farmers and rural labourers in the developing South.

Q10. Can GCR be implemented [in the United States] without an act of Congress?

A10. The advice of a constitutional lawyer is needed, however it appears likely that the implementation of the GCR policy in the  U.S. will require the approval of Congress. The U.S. Federal Reserve (the Fed) has a mandate that includes stable prices, full employment and moderate interest rates. If it can be demonstrated that mitigating climate change falls under the Fed’s existing mandates, then it might be argued that the Fed and its Board of Governors are already mandated to implement the GCR policy. The Fed’s mandate is originally set by congress. The GCR will also be deployed as an international treaty. The U.S. President can make foreign treaties however congress is also involved. The technological platform for the GCR can be built and deployed before the GCR policy is approved by governments.

If you have a new question, post it in the comments section below.

Use the comments section below to join the conversation.

The administrator may remove comments that are not acceptable under this website’s policy.

This site uses Akismet to reduce spam. Learn how your comment data is processed.